The 2015 U.S. Open Championship was marked by its many firsts. It was the first U.S. Open in the 115-year history of the Men’s U.S. Open Championship to be played in the Pacific Northwest. The first U.S. Open played on fine fescue putting surfaces. The first Open since Hazeltine in 1970 to be contested on a new course. The first Open in which a hole was played as a par-4 one day and a par-5 the next, where the range in tee placements on a single hole could extend its length by 100 yards or greater. The first Open televised by Fox Sports, revolutionizing the way the game is viewed. And the last Open where the anchored putting stroke was within the Rules of Golf.

Over the years, so many courses had been built with the intent of playing host to a U.S. Open. The last one to fulfill the dream, however, was Hazeltine National in Minnesota, built in 1962 by Robert Trent Jones. It garnered the first of its Open championships in 1970. Robert Trent Jones Jr., his son and the course designer of Chambers Bay, understood USGA politics and had the connections Pierce County needed to begin what they believed was a legitimate run at eventually staging the Open on the shores of Puget Sound. He began work developing what would soon become the youngest course since Hazeltine to host the championship, moving more than a million cubic yards of sand to create a municipal masterpiece.

Never before had there been this kind of topography and elevation changes for an Open before. Massive dunes allowed grandstands to be built with the ability to see multiple holes from a single vantage point, along with the gorgeous setting of the waters and islands of Puget Sound, the iconic Mt. Rainier looming to the east, and the snow-tipped Olympic Mountains to the west. Its enormous potential seemed to overcome its lack of history and tradition. And the simple fact was that the USGA wanted to take the national championship where it had never been before. 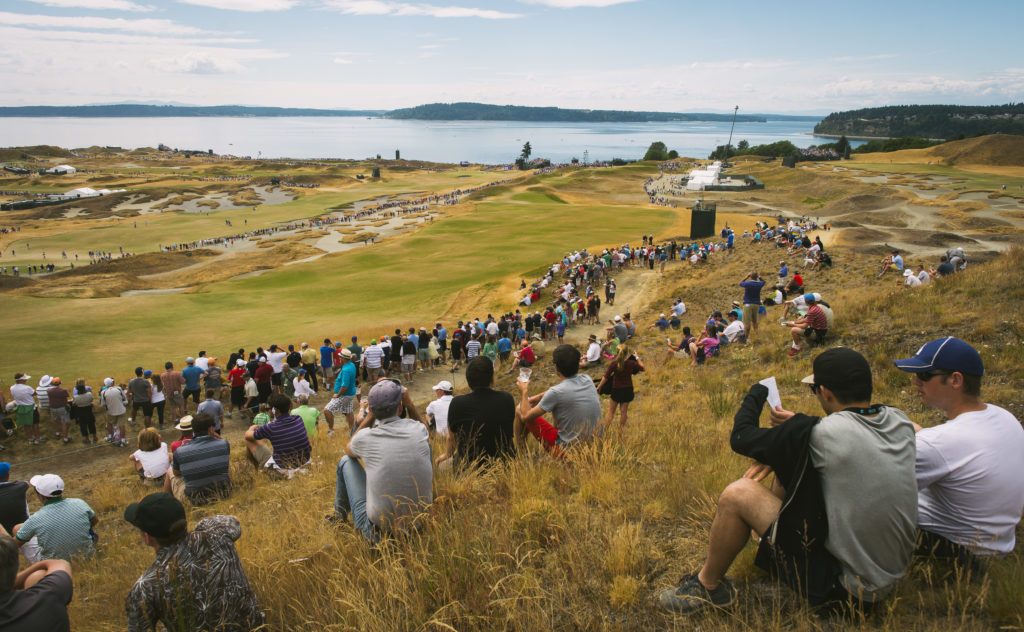 The U.S. Open experience for spectators would start and end in an area called the Central Meadow where hundreds of buses would drop spectators, where admission was granted, where merchandise was sold, where national headlines were written and where, just to the north on the 18th green, the championship would be decided. With the ruins of the former gravel mine’s sorting bins in the distance and a grandstand of record proportion as the backdrop, a 21-year-old Jordan Spieth would capture the U.S. Open in dramatic fashion.

In the end Chambers Bay proved, as it had done during the U.S. Amateur, that it could offer a test of golf which identified the best players in the world. Starting the final day Jordan Spieth found himself in a four-way tie for the lead which included the world No. 1 Jason Day and two other players in the top 11. He withstood a final round charge from world No. 3 Rory McIlroy, a course record setting final round 64 by Adam Scott (World ranked No. 7), and a U.S. Open record tying back-nine 29 from Louis Oosthuizen (World ranked No. 14). Dustin Johnson (World ranked No. 8) found himself on the 18th green with two putts to force a playoff in the 115th U.S. Open Championship. This dramatic scene climaxed as he watched his second putt miss left and 21-year-old Jordan Spieth walked away as the youngest player, and only the sixth in history, to win both the Masters and the U.S. Open in the same year. 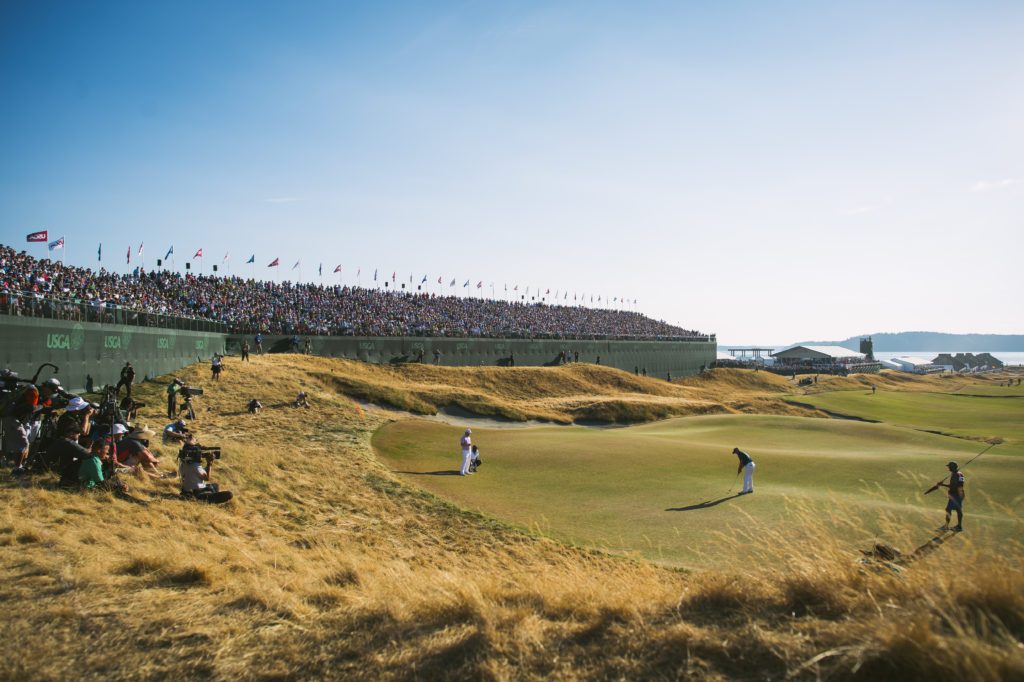 When considering Chambers Bay’s success, Michael Bamberger of Golf Magazine noted, “Here’s why you can be certain the U.S. Open will return to Chambers Bay. The tournament finished in prime time on the East Coast. The weather was beautiful. The course is on the water, with trains running between the course and the shoreline. The locals are the nicest people you could ever want to meet. And the best thing Chambers Bay had going for it: the game’s best player won.”

Despite its young age, Chambers Bay had successfully cemented its place in history and the Pacific Northwest’s reputation as a world-class golf destination.

Click now to book your tee time and experience championship golf at its highest level.