We want to be your home for learning golf. No matter what your experience level, we have a program that meets your needs. Let us help find the champion golfer in you.

The Chambers Bay Academy offers world-class instruction from award-winning PGA instructors, and top-ranked practice facilities for all ages and abilities. Utilizing the latest in video swing analysis and instructional techniques, our customized lesson programs are designed to help you achieve your goals and elevate you to the next level. The Academy also offers exclusive custom club fittings with the TaylorMade Golf Experience geared to fit any golfer with the latest golf equipment.

Please explore our Academy to find more information about instructional offerings, our PGA instructors, and much more!

BOOK A LESSON
BOOK A CLINIC 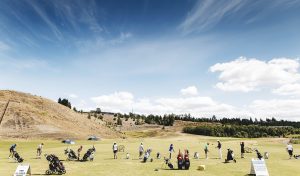 We believe that proper communication, correct equipment, physical fitness, and structured practice is all as important as sound swing fundamentals, when taking any game to the next level.

The award-winning PGA instructors at Chambers Bay Academy avoid blanket methods when it comes to teaching their students. They recognize the unique nature of each person’s swing, and adjust their curriculum to fit accordingly.  This approach has made the Academy a leader in coaching throughout the world. Meet our PGA Professional teaching staff below: 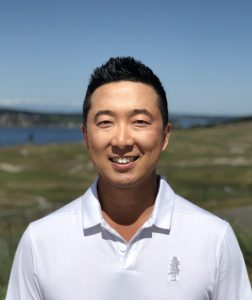 Ryan grew up in Mill Creek, WA beginning his golf career at age ten. He had a successful collegiate career playing golf for Whitworth University. There he won multiple events, including his conference championship in 2010 which earned him the NWC Player of the Year title and a berth to the NCAA National Championship. He turned pro in 2012 and is now one of the top players in the PNW PGA Section.

KemperSports Management named Ryan the 2018 Golf Professional of the Year. This award recognizes all his efforts establishing the Chambers Bay Academy and its proven model of growing the game. In 2020 and 2021, the Golf Range Association of America (GRAA) named Ryan a Top 100 Growth of the Game Teaching Professional. 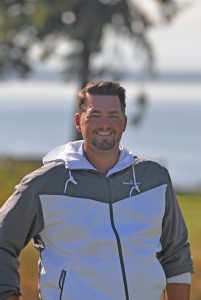 Matt grew up in Spokane, WA with his dad and grandparents – a family of bowlers. He went to college at the University of Idaho for the Professional Golf Management Program to become a professional golfer.

“My grandfather is the reason that I took up golf. In my younger years I played club soccer and I wasn’t the best. When he took me to the driving range on the first day, I was always able to hit a golf ball. The love that it gave me is the reason I became a teacher/coach – I want to share this experience with everyone.”

His joy for golf comes from seeing the excitement of a student hitting a shot and knowing that they can do it. That’s why he became a member of the PGA of America.

“I don’t want you to swing like the golfers on TV because we all have different body types and abilities. Let’s build a relationship and a game plan with your golf game because golf can be endlessly complicated. I like to break the game down into big picture components, so it is easy to grasp and implement it and BREAK YOUR GOALS!” 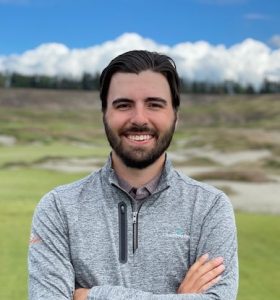 Christian grew up in Sonoma, CA where he played varsity golf and baseball in high school. From there, he attended New Mexico State University for the PGA Golf Management program where he earned his Bachelors’ degree and PGA membership. Christian is a very active player in the Pacific Northwest Section and is always working to become the best player and instructor he can be.

“I strongly believe that there isn’t just one way to play golf, which is why my instruction changes depending on the needs and goals of the student. I enjoy the constant search for the best way to help my students improve, and I’m always trying to learn and improve my teaching skills.”

When not teaching or playing golf, Christian enjoys playing the guitar, piano, wakeboarding, and working on cars. You can follow Christian on Instagram, @christianballardgolf. 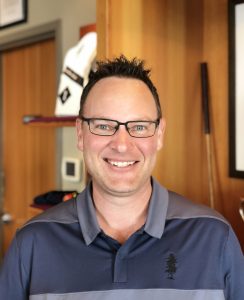 Brent grew up in Puyallup, WA and started working in the golf industry at age fourteen.  He attended The San Diego Golf Academy in 1996 and started his apprenticeship soon after that.  Brent secured his PGA membership in 2004 working for several top facilities in the Puget Sound including The Golf Club at Newcastle.

His deep passion for creating the best possible golf experience brought him to Chambers Bay in April 2007 where he played a key role in a successful opening of this much anticipated course.  Having this passion for a great golf experience has taken Brent far and wide to play many of the world’s greatest courses.  One of Brent’s greatest experiences came in 2015 as the host PGA professional of the U.S. Open Championship.  In 2015 Brent was recognized by his peers as the Western Washington Chapter PGA Professional of the Year. 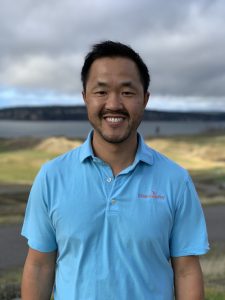 Brian is a Nebraska native who moved to Tacoma in 2019.  He grew a passion for the game while playing for fun with friends and family at his home course back in Nebraska.  Brian got his first job in the golf industry in 2002 at Quarry Oaks in Ashland, Nebraska.  While working at Quarry Oaks he got interested in learning about the PGA of America and decided to pursue a career in the golf industry.

Brian was elected into the PGA of America as a Class A member in 2010.  He has been helping golfers of all levels with their swing for the past 14 years and believes the more fun you make your practice session the easier it is to learn.  Brian has a passion of introducing the game of golf to new players and showing experienced golfers how much fun this frustrating game can be.  He truly believes that every golfer has their own unique swing style and by getting back to the basics anyone can improve their game and continue to thrive and get better with each practice. 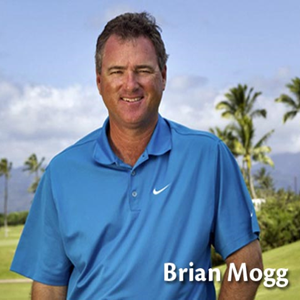 A native of Tacoma, Washington, Mogg began his golf career at the age of twelve. He moved to Florida in 1985 after finding success in his college years as a Buckeye at Ohio State University. He graduated with All-American Honors and won the Ohio Amateur Championship before making his way to the professional tour. He spent 10 years playing professional golf and three years on the PGA Tour with a top finish of 2nd at the 1988 Sanderson Farms Classic, took 3rd in the 2001 Callaway Pebble Beach Invitational and participated in the 1995 US Open. He also had 6 top 25 finishes on the Web.Com Tour as well as top 10 finishes in 11 countries while competing internationally.

Since the 1990’s Brian Mogg has been a dominant force in the world of golf instruction. His students have won over 20 professional tour events along with a USGA Championship, Lion Kim, winner of the 2010 U.S. Public Links. In 2009, Mogg coached Y.E. Yang to victory in the PGA Championship as well as the Honda Classic.

He currently resides in Orlando, Florida with his wife and 4 children.

BOOK A LESSON
BOOK A CLINIC

We’d like you to meet Academy instructors Ryan Young, Brent Zepp, Jacob Lippold, and Brian Bussinger. Check back often for their best tips and pointers to help you lower your score and get the most out of every round.

Check out all of our videos on our YouTube channel.

Whether you want a personalized gift certificate for any of our many golf instruction programs, or a general gift card toward any Chambers Bay Academy offering, we can help you.

For more information please fill out the form below: